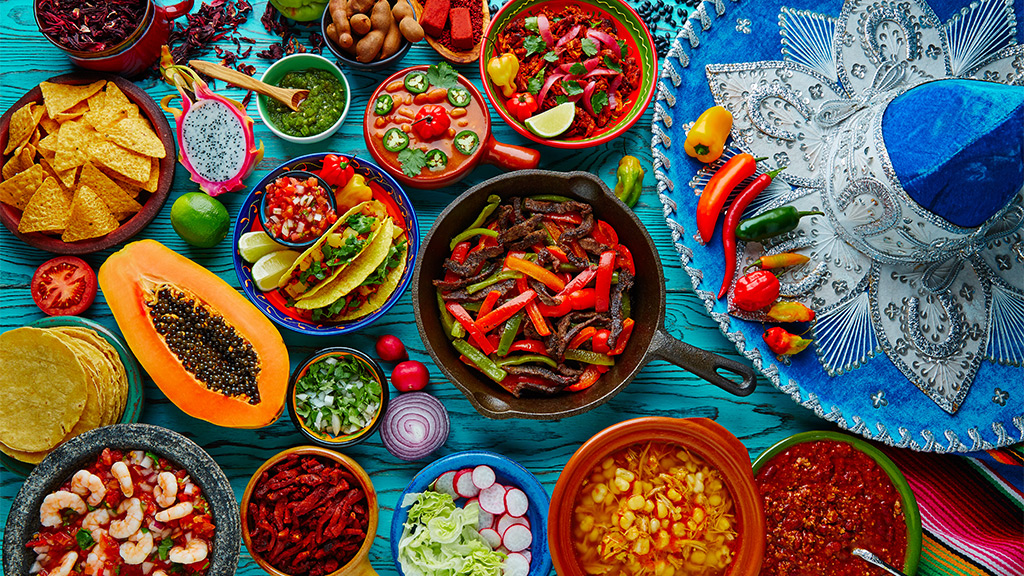 This history of Mexican food stretches for thousands of years into the past. The sumptuous cuisine we crave today traces its origins to Aztec, Mayan and Spanish influences – with craveable contributions from French, Caribbean, South American, African and Portuguese cultures.

It all began with the nomadic Mayans. These wandering hunter gatherers consumed fish, tropical fruits, and local game in conjunction with corn tortillas and bean paste. In the 14th century, the Aztecs introduced chili peppers, honey, salt and chocolate along with domesticated turkey and duck. The Spanish invasion of 1521 brought sheep, pigs, cows, dairy and Old World spices to the North American continent. At this important historical moment, Mexico’s culinary heritage took on its distinctly modern character. And thanks to the gradual infusion of global influences, Mexico’s modern-day cuisine exhibits strong regional character, varying widely across its rugged terrain.

If your mouth isn’t watering yet, it will be. Let’s take a look at 10 tantalizing Mexican delicacies that will electrify your taste buds and keep you coming back for more.

Cochinita Pibil — The Yucatan’s most famous version of slow-cooked chicken or pork is a roasted dish that translates roughly to “baby pig roasted underground.” But don’t worry, you won’t be dining on cute little piglets. Conchita pibil is traditionally made from pork shoulder, loin, or Boston butt roast. It’s prepared by marinating meat in the juice of Seville or bitter oranges, coating it with achiote paste made from annatto seed, wrapping it in a banana leaf, and then slowly roasting it over hot stones underground and slowly cooking it for hours. Eight hours later, a tender, flavorful dish emerges in a highly acidic juices. Topped with a pickled onion-habanero salsa, cochinita pibil is best enjoyed in tacos or tortas. On your next cruise to Mexico, why not make some yourself? In this authentic cooking class, you can!

Mole — Three states claim to be the original home of mole, a rich sauce popular in Mexican cooking. Pronounced “MOH-lay,” it’s an incredibly complex creation spiced with earthy notes that blend to create a singular gastronomic experience. What do we mean by complex? The typical mole contains 20 to 40 ingredients, which is why Mexican chefs often produce massive quantities of the sauce — it takes so long to prepare! There’s no one recipe for this Mexican delicacy. Every abuela (that’s Spanish for “grandma”) has her own family recipe. Ingredients vary across families and regions, but they generally include contributions from five different categories of flavor: hot (at least two different types of chiles); sour (tomatoes or tomatillos); sweet (dried fruits or sugar); spices; and thickeners (bread, nuts or seeds). Once the paste is formed, it’s mixed with water or broth, and then simmered until it’s thick and viscous. Chocolate is a popular ingredient, but over 40 varieties of mole exist, and some of them leave chocolate out completely. Perhaps the best-known mole is mole poblano, a rusty red sauce typically served over turkey or chicken. If you haven’t tried mole, you haven’t tried traditional Mexican food. So get out there and do a taste test of your own!

Birria — This rich, mouthwatering stew is a timeless tradition in Jalisco. Birria traces its origin to the period just after the Spanish conquest. During this time, famine struck the newly subjugated populations of the continent, and feral goats (introduced by European conquistadors) became a widespread nuisance. Locals began hunting goats for sustenance and using a potent concoction of herbs and spices to disguise its gamey flavor. Today, birria is a celebrated Mexican dish. Traditionally prepared from delicate goat or mutton, today it’s often made with beef or chicken. The meat simmers in tomatoes, chilies and garlic before being served with tortillas and refried beans. It is also served as a stew or used as a taco filling. Birria is a staple at celebrations such as weddings and baptisms, and religious holidays including Christmas and Easter. Widely touted as a hangover cure, this dish is frequently consumed for brunch the day after a celebration. The next time you cruise to the Mexican Riviera, try your hand at preparing Birria. After a quick lesson in this private cooking class, you can impress the food snobs at your next dinner party. 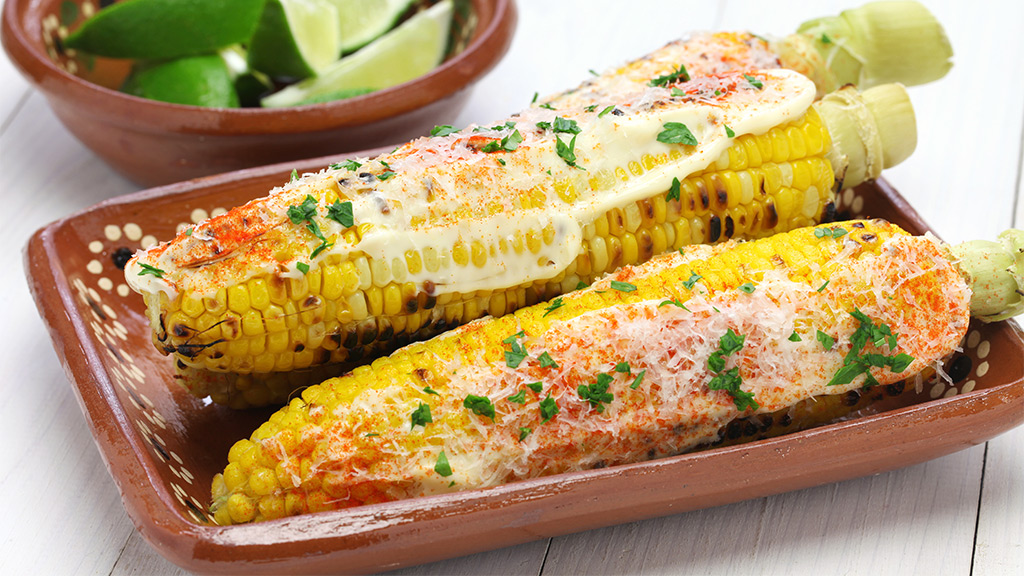 Elote — Archaeologists believe corn was domesticated in Central America between 660 and 3500 BC, probably in the modern-day nation of Honduras. By the 15th Century, it had spread throughout the southern portions of North America, serving as a ubiquitous food source for native populations and used as the main ingredient in tortillas, breads, stews, tamales, puddings and even beverages. Today, you’ll find vendors selling elote, the Mexican name for corn on the cob, on nearly every city street corner in Mexico. The corn is traditionally boiled and served either on a stick (to be eaten like ice cream) or in cups with the kernels chopped right off the cob. Salt, chilli powder, lime, butter, cheese, mayonnaise and sour cream are then added in abundance. The result is a creamy, salty, sweet and sour flavor unlike anything you’ve ever tasted. Elote is a cherished street food in Old Mexico, and when you chomp down on your first savory bite, you’ll see why.

Authentic Fish Tacos — Sometimes, life’s simple pleasures give us the greatest bliss. Truer words were never spoken on the streets of Baja California, where the authentic tacos are piled high with mouthwatering ingredients. In this part of Mexico, seafood is a way of life, and around here, the fish tacos come batter-fried and topped with a healthy dose of cream sauce and tangy curtido. Curtido is a spicy, pickled slaw made with cabbage, onion and jalapeno then pickled overnight. It’s sprinkled liberally atop chunks of fried snapper, mahi mahi, grouper, flounder, halibut, cod or wild local fish. The whole thing is doused in chipotle crema made with mayonnaise, adobo, chipotles, clove and lime. And the result? Gourmet nirvana. Next time you’re cruising the Baja coast, make your way to Ensenada, where you can try the Tuk Tuk Street Gourmet Experience. After sampling plentiful portions of amazing street delights, the tour culminates at El Fenix, a family-run stall that’s been serving up fresh fish tacos for decades. Since the 1980s, this legendary destination has been regarded at Baja’s ultimate stop for juicy, fried-to-perfection fish tacos. One bite and you’ll know why the locals (and tourists) just can’t get enough.

Cemita Poblana — Tortas are thick Mexican sandwiches served on spongy bread that absorbs the juice from meats piled high within it. But cemita poblana isn’t your average torta. This hulking behemoth of a sandwich hails from the city of Puebla, and it packs a flavor-filled punch. Its exquisite interior is enclosed in soft, eggy, sesame-studded roll similar to a brioche. It’s crammed with simmering, spicy beef beef or crisp milanesa — breaded and fried pork cutlets. Queso blanco, onions, sliced avocado, salsa roja and smoky chipotle peppers round out mix. But no cemita poblana would be complete with pápalo, a strong-tasting Mexican herb that’s similar to cilantro with notes of citrus and lemon. Whether you score yours in Puebla or at your local Mexican eatery, you’ll never look at sandwiches in quite the same way again. 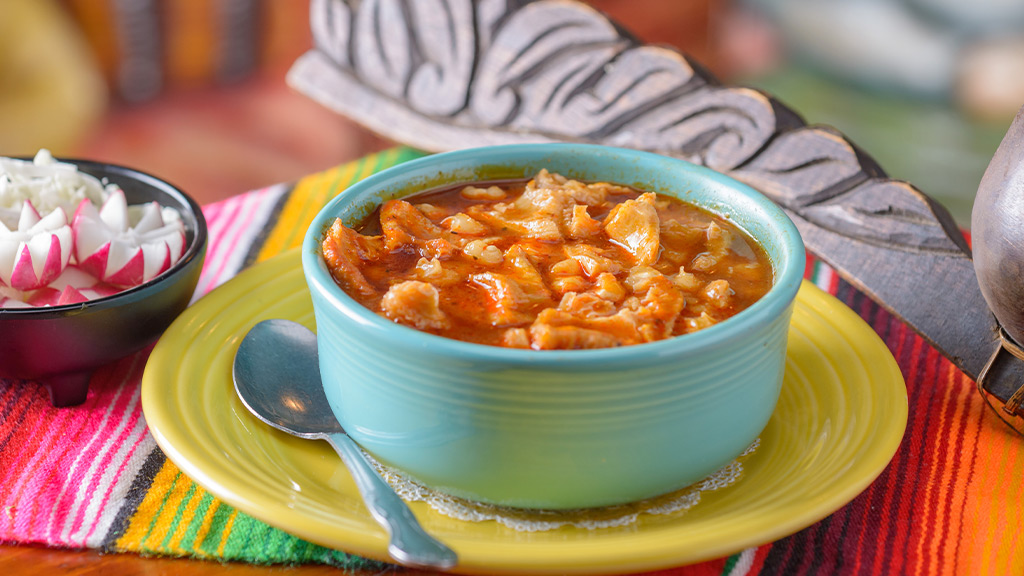 Menudo — In pre-revolution Mexico, poor farmers had limited access to meat. When an animal was slaughtered, nothing went to waste. In those days, the best cuts of meat went to the hacienda owners and everything else went to the field hands. And that led to the invention of a soup utilizing one of the major leftovers — the stomach. Today, menudo is a Mexican classic made with beef or sheep tripe — which is a nice way of saying “diced stomach.” If the idea gives you pause, don’t pause for too long. Because you’ll miss out on one of the country’s most tantalizing dishes. Menudo is popular as a weekend brunch food at mom-and-pop restaurants in Mexico. It’s a famous hangover remedy typically prepared a couple of days in advance and reheated to concentrate the broth and flavor. Along with the tripe, you’ll discover red chilies, hominy, onions, herbs and spices. There’s also a “white” version (menudo blanco) that goes lighter on the heat factor. If you need to sweat off a hangover — or just want a delicious traditional dish — menudo should be at the top of your list!

Posole (or Pozole) — Posole is yet another wildly popular Mexican stew, originating with the Aztecs and other indigenous tribes in Mesoamerica. Originally, it was prepared with sacrificed human flesh and consumed on religious holidays. Following the arrival of the Spanish, cannibalism was banned, and pork took the place of human flesh. Today, posole comes in tons of varieties and three main colors — green, white, and red — the colors of the Mexican flag. The green Pozole Verde, for instance, is made with shredded chicken. Posole’s divine flavors come from a blend of red or green chiles, pork, garlic, onions and toppings including cabbage, radishes, lime, oregano, salsas and sour cream. But the secret ingredient — the one that all Posoles have in common – is hominy. The vegetable imparts a distinctive flavor, and its toothsome texture drives people wild. With its savory blend of steaming broth, mouthwatering meats, and crisp vegetables, Posole is a textural odyssey… and a flavorful meal in a bowl.

Chiles En Nogada — Each summer in Mexico, chiles en nogada enjoys its brief moment in the sun. The traditional dish is a mainstay of Mexican Independence Day celebrations. Puebla nuns concocted the dish in 1821 to honor Mexican General Augustín de Iturbide. The zesty dish features the vibrant colors of the Mexican flag (are you seeing a pattern here?). Chiles en nogada features a poblano chile stuffed with dried fruits and nuts, covered in creamy walnut sauce (white) and sprinkled with pomegranate seeds and parsley (red and green). The Mexican flag was unveiled around the same period, which is one reason many consider chiles en nogada to be the national dish of Mexico. If you want to hone your Mexican foodie credentials, mark your calendar, and chow down on a plate of this tangy Mexican classic in September. 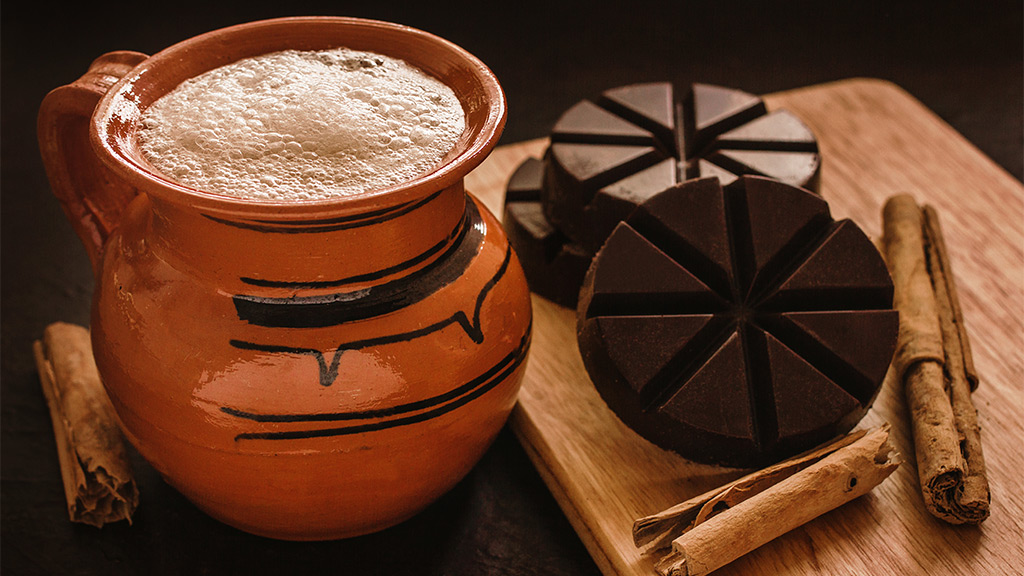 Real Mexican Chocolate — The French and Germans get rave reviews for their fancy chocolates. But the genuine article wasn’t invented in Europe. It’s purely a Mexican creation. The history of chocolate owes its origin to the ancient Mayans, and even earlier to the ancient Olmecs of southern Mexico. And throughout much of recorded history, you couldn’t find it in a truffle. Instead, chocolate was a beloved, bitter-tasting beverage — not a Valentine’s Day treat! If you want to learn all about the chocolate-making process, try your hand on your next cruise. In Puerto Chiapas, you can commune with local family of chocolate artisans who instruct you on the ancient secrets of chocolate-making. You’ll learn traditional techniques and hear about the history of the cacao bean, the secret ingredient that gives chocolate is distinctive flavor. While you’re there, enjoy a traditional Mexican breakfast, then get out to explore the Ancient Izapa archaeological site, erected by the Mayans as early as 1500 BC. If you want to unlock the secrets of this world-renowned delicacy, the holy grail awaits in Mexico! 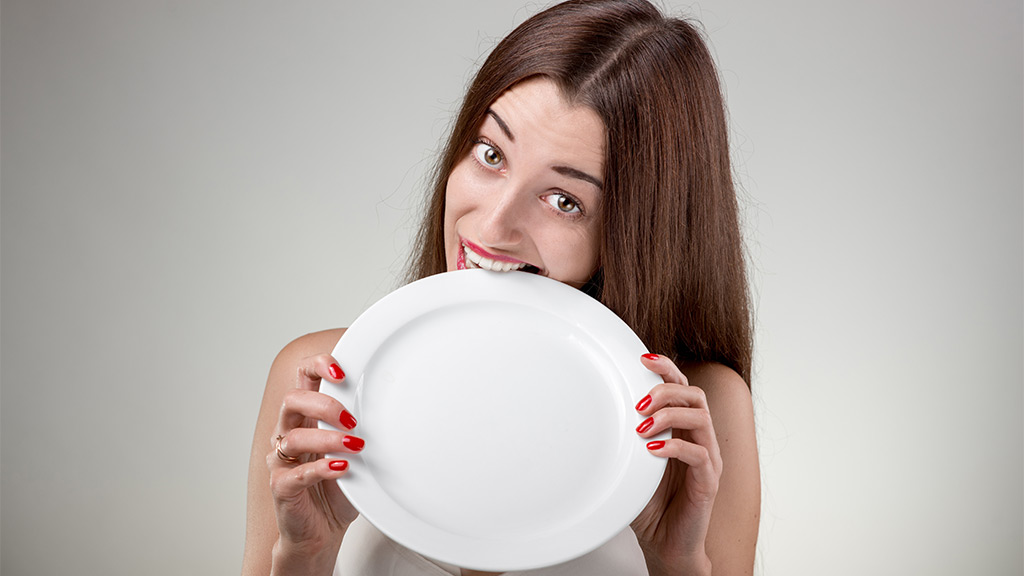 Say “hola” to a whole-lotta flavor.

In 2010, UNESCO designated Mexican cuisine as an Intangible Cultural Heritage of Humanity. Renowned for its unparalleled ingredients, variety of flavors and colors, and roster of spirited spices, it’s little wonder this Mesoamerican phenomenon has spread around the globe. Ready to gorge yourself on the craveable flavor of Mexico’s culinary delights? Then head out to an authentic Mexican hotspot near you… Or get your fill on your next amazing cruise!