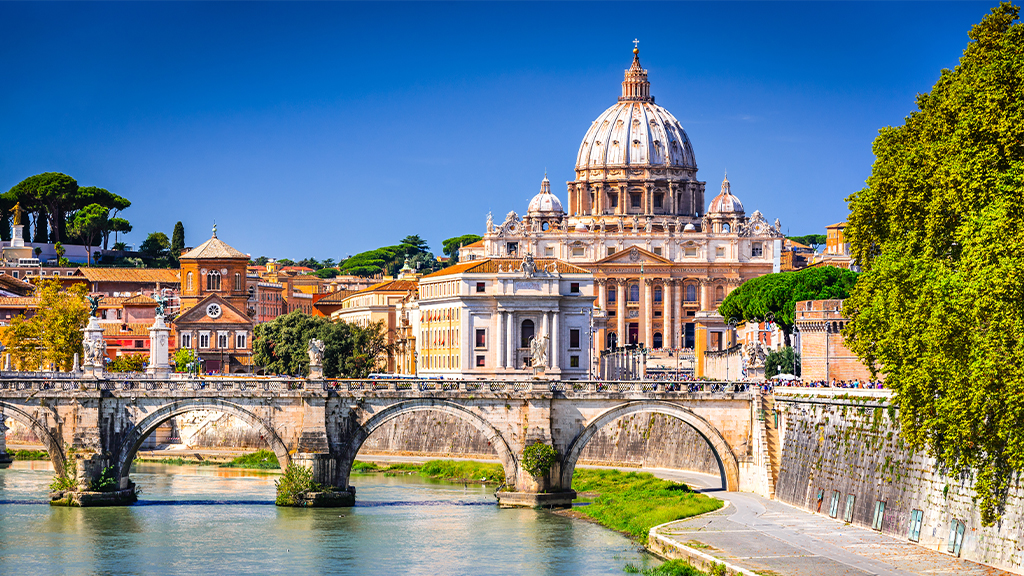 From the Pantheon to the Colosseum to the Sistine Chapel, Rome is an irresistible magnet for Meditarranean cruise passengers. Landing at the cruise port of Civitavecchia, this treasure trove of classical wonders is just a short drive through the lush Italian countryside. And what a treasure trove it is. But throughout the city and surrounding countryside, unexpected treasures await. Tucked between world-famous monuments and nestled in surrounding villages, soul-stirring surprises lurk. Let’s take a look at seven hidden marvels that lie in and around Rome.

1) Lake Bracciano — Just to the north of Rome’s buzzing streets lie the volcanic shores of Lake Bracciano. Perched in the jaw-dropping Italian countryside, this pristine natural reservoir is a sight to behold. Fascinating churches and historic sites are scattered in small towns hugging its shores — most notably in Anguillara Sabazia. The town’s medieval architecture is immaculately preserved, giving cruise passengers a one-of-a-kind backdrop for exploration. The lake’s volcanic soils impart a distinctive taste to local grapes, and the Etruscan wines fermented from these crops are unlike any in the world. If you’re looking for a truly unique Italian experience, explore the winding alleys of Anguillara Sabazia on a Private Bracciano Lake and Wine Tasting tour.

2) Hidden Gems of the Vatican — The Vatican is famous for the Sistine Chapel, St. Peter’s Basilica and the Statue of David. But did you know there’s a whole world of hidden gems waiting to be discovered? On this Vatican City shore excursion, you can marvel at secret treasures most cruisers never see — like the Pope Emeritus House, a humble yet fascinating residence where Pope Benedict lives in retirement. Or the Vatican Radio Station, where Pope Pius XII denounced the Nazi roundup of Poles and Jews in WWII. Next, explore the Academy of Science, where Pope John Paul II spoke of the “profound harmony… between the truths of science and the truths of faith.” From the Pope’s former Summer Residence to the Vatican Government Palace to the Fontana dell’Aquilone, this exclusive tour gives you special permission to access the hidden secrets of Vatican City.

3) The Da Vinci Museum — Tucked nearby St. Peter’s Basilica lies the Da Vinci Museum, a tribute to one of history’s great geniuses. Departing from the port of Civitavecchia, you’ll pass the Palace of Justice, Castle San Angel, the Tiber River on your way to this spellbinding exhibition. The museum features authentic reproductions straight from the mind of the master — including scientific contraptions, mesmerizing manuscripts, secret codes and even holograms. This hands-on experience lets you touch and tinker with over 50 amazing inventions made according to Da Vinci’s schematics. In the Room of Paintings, behold 22 masterpieces recreated with the same materials and techniques used by the virtuoso himself. If you want to add an unexpected touch to your Mediterranean cruise, the Da Vinci Museum is a must-see. 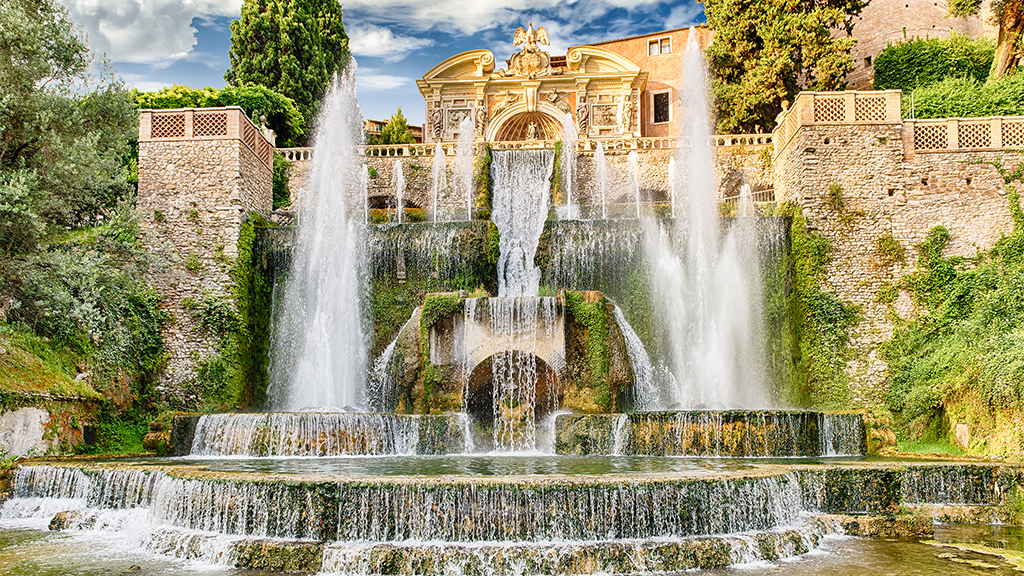 4) Tivoli — An hour east of Rome lies the UNESCO World Heritage site of Tivoli. Perched on a stunning hilltop, this ancient city is home to Roman and medieval masterpieces. First and foremost is Hadrian’s Villa, a monumental estate built by the famous Roman emperor. Adorned with Roman and Grecian architecture, its jaw-dropping attractions include palaces, statues, theaters, temples, thermal baths and much more. Just down the road, explore the sprawling Villa d’Este. Commissioned by Cardinal Ippolito d-Este in the 1500s, the villa’s heart-stirring walls features biblical and mythological scenes that transport you to ancient times. Its lavish grounds are dotted with 51 fountains, hundreds of basins and countless waterfalls. Canals, channels and cascades crisscross the estate, creating surreal waterscapes that sweep across the Italian hillside. Break out of the ordinary on your Mediterranean cruise with an exhilarating expedition into Tivoli.

5) Fontana dei Quattro Fiumi — The Fountain of Trevi gets all the glory. But the Fontana dei Quattro Fiumi (Fountain of the Four Rivers) is a magnet for cruise passengers exploring Rome’s lesser-known gems. The monument was designed for Pope Innocent X in 1651 by world-famous sculptor Gian Lorenzo Bernini. It’s god-like statues symbolize the four great rivers and continents known to the ancient world: the Nile, the Ganges, the Danube and the Rio de la Plata. These gargantuan figures contort themselves in fear of the 115-foot Egyptian-style obelisk at the fountain’s center. The obelisk represents the Pope’s global power, and the travertine giants beneath it play out a drama etched in stone. This ancient masterpiece is not to be missed, so make sure you see it on a Panoramic Tour of Rome.

6) The Palatine Hill — Nestled next to the Colosseum, Palatine Hill is often overshadowed by its more famous nextdoor neighbor. But this trove of antiquities is the perfect attraction for cruisers with an eye for the unique. Towering over the Roman Forum and the Circus Maximus, it was regarded as the site where Romulus and Remus were discovered by their mother, a she-wolf. Today, the Hill is a storied archaeological site, containing the ruins of the Flavian Palace, the Palace of Domitian and the legendary Hut of Romulus. The House of Augustus and the House of Livia feature well-preserved frescoes dating to the time of Christ. Strolling amid the Palatine’s vast collection of ruins, you’ll feel yourself transported thousands of years into Rome’s legendary past. If you want amazing memories to take back from your Medeterranean cruise, this self-guided tour is right up your alley. 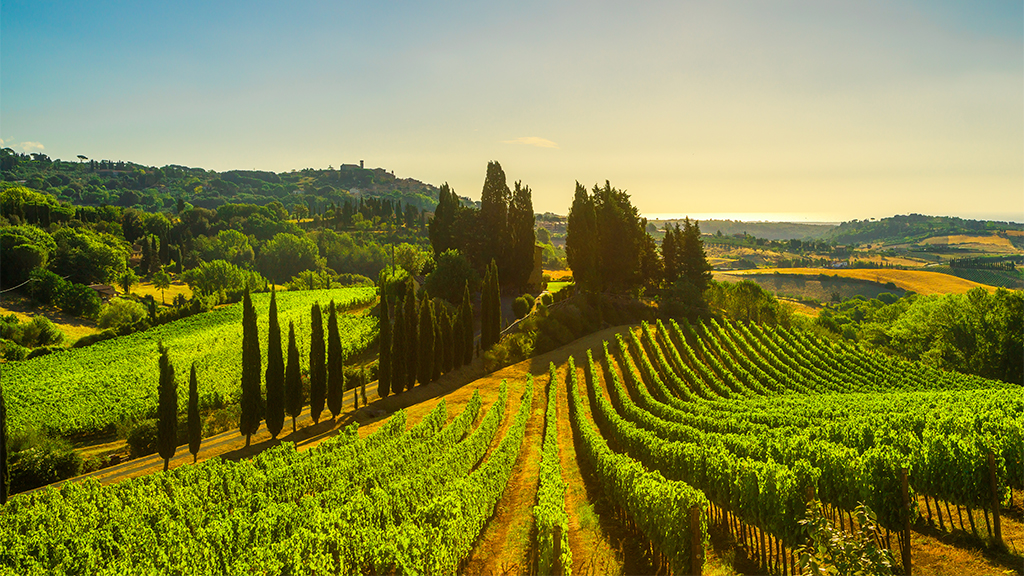 7) Tuscania and Tarquinia — The twin cities of Tuscania and Tarquinia are steeped in Etruscan culture. A leisurely drive from the port of Civitavecchia, these ancient outposts offer a magical voyage into ancient Etruria. Founded in the 7th century BC, Tuscania is hemmed in by medieval city walls and bordered by steep ravines. On a day tour from your cruise ship, you can explore the Santa Maria Maggiore, an 8th-century Romanesque basilica church in the shadow a medieval clock tower — and the Church of San Pietro, a Gothic-style Roman Catholic church dating to the 8th century AD. In Tarquinia, get a true taste of Etruscan culture in a local Italian vineyard. You can savor fresh-pressed, virgin olive oil and sample sweet Etruscan-style wines in a local farmhouse. For an authentic and unexpected adventure on your next cruise, these ancient towns are impossible to beat.

When in Rome…
Roam your way to hidden gems.

On your next Medetarranean cruise, don’t settle for tourist hotspots overrun by sightseers and Instagrammers. Venture off the beaten path and soak up the unexpected. With a little help from expert tour operators, you’ll discover little-known cultural gems and make cherished memories to last a lifetime. Want to see the best of everything Roman? Then get out there… and start roamin’.